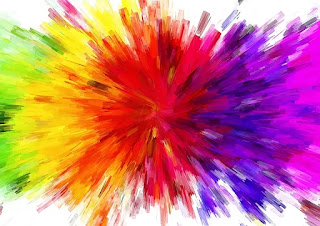 This month, we celebrate gay pride. Why June? Because on June 28, 1961, there was an uprising in New York that set off six nights of riots at the Stonewall Inn. Queers were tired of being beaten and arrested for being queer. So, we celebrate Pride Month in June to honor those transgender, lesbian, and gay people (mostly the women --trans and cis) who intensified our fight for simple human rights. Now we are witnessing riots all over the country. Why? Well, the time is a powder keg. We have unprecedented unemployment, over a hundred thousand people (largely the elderly and African Americans) are dead from a pandemic, and the systemic violence against African Americans continues apace. Three people in May. The most recent, the killing of George Floyd, sickens everyone I know—left and right. (Thank God for cell phone cameras, or we white folks could maintain our denial of what has always been there.) Of course, there is some evidence that people are traveling in from outside
2 comments
Read more 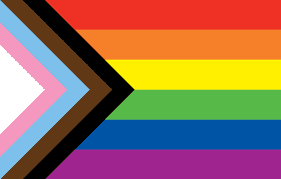 October 11 is National Coming Out Day. For years, I’ve made a joke of this on social media. “Hey, friends, guess what?” Or, “Surprise!” There’s a sort of forgetting when you’ve been “out” for nearly 2/3 of your life. But I have recently reawakened to a powerful truth. Coming out, even today, is risking your life.   A few years ago, I was working in a summer program for high school students, and a boy came to class with his face bruised and swollen. An adolescent fight? No. Gay bashing by other young people? No. His father beat him because he was gay. His father . Other teenagers become homeless, hence the need for homeless shelters dedicated to the care of LGBTQIA+ youth. Drug addiction is rampant among LGBTQIA+ as a result of this violence, shame, and isolation. And last but most important, dozens of transwomen, gay men, and lesbians are maimed and murdered each year. In such an environment you may wonder, why come out? First, it is hard to be two people—to show one fac
12 comments
Read more

- September 05, 2019
An hour or so ago, a man I do not know went on a short Facebook rant about how #MeToo destroys creativity and victimizes men. Here’s my take on that: Guurl, it’s come to Jesus time. Let’s look at Al Franken, shall we? Many liberals think he was done wrong by the #MeToo movement.   He defends himself by first ignoring or dismissing some of the complaints and then arguing that the most detailed and original complaint was by a conservative plant. Okay, but why did you do it? What made you think it was okay to use your power to cross boundaries and treat someone in a way that made her feel uncomfortable? And do I want a senator who willingly abuses his power? It’s the same for Joe Biden. I don’t care if you’ve always been a toucher and a hugger. You should get consent first. I hear people say, “should he ask permission to hug people?” YES. When my pastor first came to my church, he asked me if I was a hugger. It’s what normal people do! What makes Joe Biden exempt from sta
2 comments
Read more 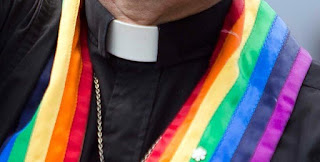 The United Methodist Church General Council is preparing to vote on LGBTQ+ inclusion into the full life of the church. This would mean ordination and marriage rights for sexual minorities. There are two votes: one that would affirm the "traditional" beliefs of the church and one that would open the church to all. The vote seems to be heading toward a denial of rights. I am not a member of the Methodist church (though some of my best friends are 😏). However, I do remember how painful it was to be a member of the Presbyterian Church USA (PCUSA) when the votes went against inclusion. It was heartbreaking. It made me wonder if I really wanted to be a Presbyterian. It may well have had something to do with my long absence from the church--though I never really put it together until now. I also remember how painful it was when PCUSA voted for inclusion. We lost people. Indeed, we lost entire churches who voted to leave the denomination. First Presbyterian San Antonio was
2 comments
Read more 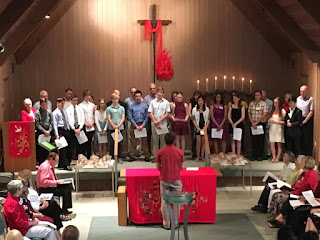 I have been furious for days.  San Antonio has been going through its own Time's Up moment in the writing community. This is not my story. For a first hand discussion of this ugly situation, I invite your to read the blog post of my friend, Courtenay Martin. A google search of Bryce Milligan's name will give you some of the traditional news coverage. The way Milligan has been treated by some of the news sources has made me furious. This is a man who preyed on 13-16 year-old girls, and the press is giving him a platform to deny it at length. Time's up. I don't want to hear it. Also, on Friday afternoon I learned of yet another school shooting. This one in Sante Fe, Texas. Eight students and two teachers were killed by a seventeen year old boy with a shotgun and a handgun. My first tweets and posts were profanity laden, I can assure you. The only positive thing I've done is donate money to some organizations who work for sane gun restrictions and to Beto O&
Post a Comment
Read more

- January 22, 2018
Today is Jan. 22, 2018. I have been sober for eight years today, and here’s my story. I first got sober on June 14, 1988. Flag day, for what it’s worth. At that time I lived in Omaha Nebraska. I went to my first meeting on a Friday night—at the gay and lesbian meeting in the cafeteria of a hospital— “Live and Let Live.”  I just looked them up, and they’re still meeting at 8:15 on Friday nights—sending love to you guys! Thank you! I became a daily AAer—sometimes more than one a day, but Live and Let Live was my home group, and there I met a group of other young lesbians who became my tribe. Men were welcome to our almost nightly coffee house meetings after the meeting, but the core group was about six women. I was “in the middle of the program” when I was younger. Daily meetings, daily phone calls, hiking together, going out to eat together. . . It was a good time.  During that time, I ended a long-term relationship and had a brief (six month) relationship. All the thing
7 comments
Read more 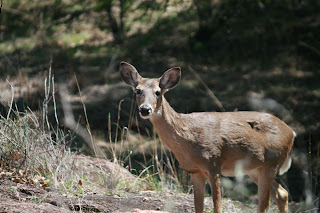 I wrote this to share with the deacons, and of course, that means you. I began with my favorite psalm, Psalm 42 I have always longed for some kind of relationship with the source, with God.  But I am inconsistent.   I believe. I don’t believe. I search for something else. I walk away. Paul Simon writes about my experience when he says “We are born and born again like waves of the sea.”   As a child, I attended Catholic church. I am old enough to remember attending Latin mass and covering my head with a veil in worship. I loved the music, I loved the scripture readings, and I loved the homilies. I’d come home and explain them to my mom (not that she needed my exegesis, but I guess that was a precursor to my later career as a teacher). I left the church in my teens. Literature, nature, and music became how I connected with God.  Some odd combination of CS Lewis and Godspell got me through my teens. I read and talked about God a lot, but I had no place to call
6 comments
Read more
More posts

Karen Jensen
San Antonio, TX, United States
I love images and words, and I like to play with both.